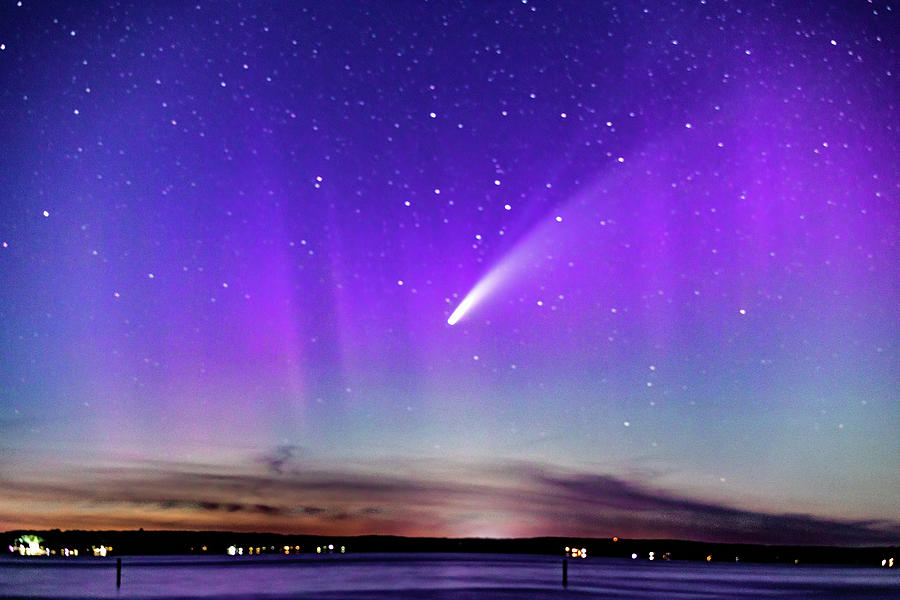 NEOWISE COMET with a splash of Northern Lights

NEOWISE COMET with a splash of Northern Lights

So I went out last night to shoot the Comet NEOWISE. It’s named for its discoverer, the Near Earth Object Wide-field Infrared Survey Explorer, aka NEOWISE, which was launched by NASA in 2009. I didn't want to miss it since it won't be back for another 6700 years. Little did I realize that when shooting this rare spectacle I would also be treated to the Aurora Borealis at the same time. I finally found the comet a little further North than I expected and started shooting. After about a half hour when it started to get dark I could see a faint glow to the North on the Horizon. I didn't know at the time it was the Northern Lights I thought it was just light pollution. It wasn't until I uploaded them to my computer that I was totally awestruck. I had captured the Comet as well as the Northern Lights. Never in a Million years did I think that was even an option. I feel fortunate that I went out to shoot last night instead of waiting for this weekend.

Congrats on your sale!!

Beautiful! Congratulations on your Sale!...L